Writing on a Fraught Subject in the Era of Cancel Culture 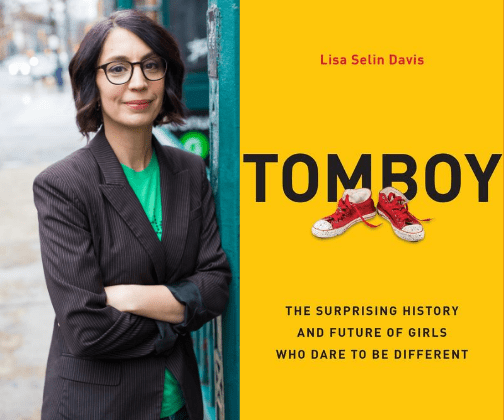 “Did you write this book in response to the criticism?”

That’s been the most common question interviewers have asked me about TOMBOY: The Surprising History and Future of Girls Who Dare to Be Different. They know the story. Sort of. In 2017, I wrote on op-ed for The New York Times about adults who couldn’t accept that my short-haired, shorts-wearing daughter was a girl. She called herself a tomboy, but the teachers and doctors and other adults who had watched her grow insisted that she must be trans. I wrote that I wanted to support trans kids, but remember that there are also girls like mine, who don’t abide by our culture’s narrow ideas of gender norms.

The piece went viral in a way I’d never experienced, which means people weighed in a lot and with fervor. Many in the trans community found it transphobic, and said it blamed trans people for this narrow view. They said I didn’t understand what words like gender and trans meant. They said I’d caused harm. Some wrote tirades and screeds against me, invoking others to lash out. It was my first Twitter storm.

So no, that’s not what inspired me to write this book. I let the storm pass and tried to understand what had happened. But in order to do that, I needed to talk to the people who’d lashed out against me. So I wrote to some of them, asking them to meet me, to explain their objections, their differences, their definitions of those words. And several did. They took time out of their busy schedules to meet me in coffee shops and talk about gender.

Even that wasn’t what led to the book. It was the combination of that and what my daughter had said one day, when a grown-up couldn’t wrap his head around the fact that the child before him was female. “More girls should look like this so it’s more common so grown-ups won’t be so confused.” So many girls looked like her when I was young. We had short hair and sports shorts and striped turtlenecks and corduroys—the boys and the girls were dressed the same. Tomboys were the stars of my favorite TV shows and books. What had happened to them all? Where had they disappeared to?

In that question was a revelation: there’ s a book here.

But one of the best parts about it was stretching myself to see the world in a different way, and to constantly try to consider the viewpoints of those who might disagree with me, as I wrote.