What Makes a Great Antagonist 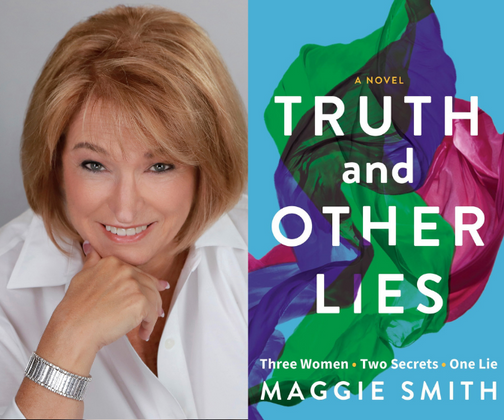 Every novel needs conflict and the best way to do that is by creating a unique real-life antagonist, a flesh-and-blood character who stands in direct opposition to your protagonist and has to be conquered before your hero can achieve his goal. If you’re not sure how to create an antagonist that’s compelling and well-developed, here are some tips.

Your antagonist’s backstory is the reason they became who they are and their past experiences shape how they behave in the present moment. So ask yourself what happened to your antagonist as a child that made him/her this way? Were there any traumatic experiences? Did he/she grow up in an abusive environment? Was there something about his/her family life that caused him/her to become who he/she now?

Also spend time imagining how the antagonist’s history connects with the other characters and elements of your story, such as theme, setting or plot. For example, if the theme of your story is “you need to honor your commitments” and one of your main characters misses an important game, maybe this was caused by an old enemy of hers who is trying to turn her teammates against her (the antagonist).

Is your antagonist just a bully? Or do they have a deeper purpose?

An antagonist needs to be more than a bully. Their relationship with the protagonist can help define your story, but it is not the only thing going on with them. Their past and present experiences will give them their own unique motivations and that will drive their actions. A villain who is just evil for evil’s sake isn’t compelling to read about; they have no purpose other than to cause pain and suffering for the protagonist (and possibly others). If this character were real, why would we care about them? What makes them different from any other bad guy in history?

Antagonists should always have a backstory which explains where they came from and how they became who they are today. A good antagonist has an interesting past that shapes their personality – something about themselves or their upbringing which led them down this path of destruction and despair, or made them into what we see now on the page.

Maybe your antagonist has qualities that the reader can admire or appreciate, such as a sense of humor or a soft spot for animals. These human qualities will make them relatable and less stereotypical. One of the most interesting villains in literature is Heathcliff from Wuthering Heights. While he’s a complicated character who does terrible things, we also feel for him at certain points in the novel because of his overwhelming and abiding love for Catherine (even though he doesn’t always treat her well).

Even though villains are supposed to be bad, they don’t have to be completely evil all the time. Don’t be afraid to show their vulnerability—a weakness or something they’re scared of—so that readers see them as more three-dimensional. I’ve met readers who felt sympathy for Voldemort while reading Harry Potter because he was so isolated and lonely even though his actions were cruel and unfeeling and definitely singled him out as the prime antagonist in the series.

Make sure you’ve got enough conflict

We all know that conflict is at the heart of any story. Without it, readers will soon abandon your book, no matter how well written it is. And that’s the primary role of your antagonist – ratcheting up the intensity of the conflict to keep your audience turning the pages.

The difference between a hero and an antagonist is their stance on what is right or wrong, good or bad. They may be on opposite sides of an issue, or they may both believe they are right and simply disagree about what course of action should be taken next (for example, two feuding brothers who both think they are right). In any case, this difference creates tension as they attempt to convince each other (and themselves) that they’re correct while also trying to win over others’ support for their cause.

This clash over ideas and values is what keeps stories interesting. So when creating your antagonist’s character traits, keep in mind those traits will ultimately help them articulate why what they’re doing makes sense—and why it should be done.

But your antagonist shouldn’t become the star

While your antagonist may be a villain, don’t make him or her too complex or you run the risk they will become the star of your story, rather than your main character. Readers may find them intriguing but try not to let them feel too much sympathy for them. Critics faulted Silence of the Lambs for making Hannibal Lecter such an interesting and charismatic antagonist—to some extent he overshadowed the true antagonist Buffalo Bill as well as Clarice Starling, the hero.

No matter who you create as an antagonist, it’s important that they have motivation and be well-developed

Creating a great antagonist takes work. In the end, you want them to be a complex character with depth and uniqueness. They don’t need to be good, (in fact they rarely are) but they should have a reason for doing what they do. The best part about creating an antagonist is that you can let your imagination run wild. There are no limits when it comes to creating them as long as it makes sense in context with everything else going on in the story

ABOUT TRUTH AND OTHER LIES:

At its heart, this is a story of three women: A world-famous journalist at the end of her career, at risk of losing everything because of a vicious online troll; a neophyte politician knee-deep in a run for Congress who longs to reconnect with her estranged daughter; and a  young reporter, desperate to reboot her stalled career, who must choose between the two after she unearths a decades-old lie.

Maggie Smith founded ArtSource, a leading art consulting company, but when her business was acquired in 2017, she pursued her dream to became a full-time writer. The result is her debut novel, Truth and Other Lies, which will published March 8, 2022, by Ten16 Press. In addition to writing, Maggie hosts the podcast Hear Us Roar for the Women’s Fiction Writers Association, which boasts over 110 episodes and is available on Apple Podcast, Spotify, IHeartRadio, and Amazon Music. Her short story, THE DEVIL YOU KNOW, was published in the 2018 anthology False Faces and she’s a monthly blogger for Rocky Mountain Fiction Writers. A board member of the Chicago Writer’s Association, she serves as Managing Editor of their on-line literary publication The Write City Magazine. She makes her home in Milwaukee with her husband Scott and her aging but adorable dog Colt.

Author visits with Maggie Smith are available via NovelNetwork.com.