Urgent: I Have to Break Up with My New Novel’s Perfect Title, and I Need a Little Help from My Friends 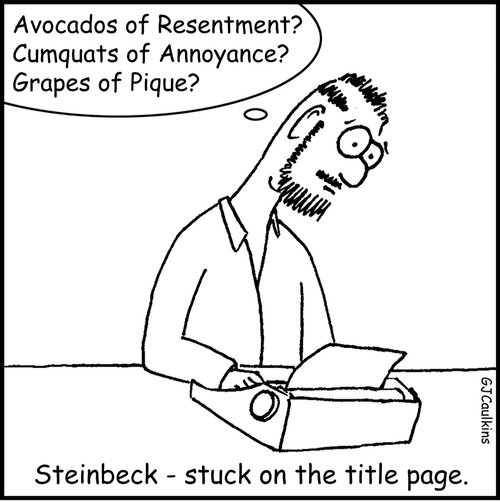 The split is neither of our faults but is being forced by wiser, more experienced (editor/agent/authoritarian-type) sources who have my best interests at heart and assure me that in the long run we will not be compatible for either broad readership or decent sales.

I’m bereft. I thought I could make it work.

But the novel draft is approaching completion, and I’m running out of time. I have to start title creation all over again and . . . well . . . breaking up is hard to do. I’m having trouble. My perfect, but rejected title is etched in my brain. I need an outside perspective. I need a little help from you—writers, readers, observers, supporters, friends—to come up with a new title. Are you game?

I’ll lay out everything you need to know, and hopefully you’ll see ever so clearly what I cannot and help me replace my perfect book title with another perfectly wonderful, no doubt, better one. And I’ll reward you for your efforts, really.

Here is the Problem.

My rejected title is in Spanish: La Querencia. It’s a bullfighting term, though my story is not about bullfighting. Thematically, it’s ideal as you will read below, but no, it does not easily trip off the tongue. In fact, even my iPhone can’t cope with it. It keeps “correcting” querencia into various irrelevant words and phrases—quince, queer congrats, quest, queen. So, I have to agree that a difficult-to-pronounce word in another language is a recipe for the discount bin.

My new title needs to be in English, period. Simple, right? Not so much. La Querencia is idiomatic, so a direct translation doesn’t really work and there are variations about what it means.

My preferred definition refers to “the place in the ring where the bull feels safe.” It is a moment of transcendence for the bull—where he thinks he’s won. Though we know the bull will soon die, in the moment of his Querencia he lives the last, best part of his life.

This is a perfect metaphor for my story of a group of expats, each of whom have come to beautiful San Miguel de Allende, with their last dream. The generational story is informed by Hemingway’s The Sun Also Rises. Click here for the full synopsis.

Like the moment it describes, La Querencia as a title is also transcendent, which is another reason why it’s hard to give it up.

Why a Transcendent Title?

I never felt I had the perfect title for my last book. My working title started out as September 14, but it was too close to the very loaded date of September 11th. My writing instructor, the marvelous Gary Wilson, suggested The Fourteenth of September and it stayed like that for its entire development. I always thought I’d come up with something more lyrical, an elegant brushstroke of my theme.

My model for a great title has always been The Adulterous Woman by Albert Camus, the famous story of a woman whose brief, misunderstood flirtatious encounter plunges her into a review of her life and a “sensuous” visit to an Algerian fortress where she engages in her “adultery.” The title is so apt and necessary that without it you don’t fully understand what you think is happening is actually “true.” If you haven’t read it, you must.

I’ve also been drawn to titles like Starting Out in the Evening, about a writer starting over well past his prime, and Old Joy, about long-time friends on a camping trip, “coming to grips with the changes in their lives.” I feel each of these titles elevated their stories in beautiful and profoundly impactful ways.

I had wanted the title of my debut novel to sing like that. However, despite many brainstorming sessions, it remained “working” until my publisher pronounced it “strong.” Who knew? I admit in retrospect, The Fourteenth of September is well-suited for the story of a young woman with that birthdate who realizes that if she’d been a man, she would have been Number One in the Vietnam Draft Lottery. I just couldn’t see it myself. I needed a friend to help me. Thank you, Gary.

This Novel Has Already Had More Than a Little Help from My Friends.

This time the title came first and was my source of inspiration for the entire story. La Querencia had worked in my mind for nearly 15 years. The wonderful photographer Karen Thompson had given me one of her pieces with that title and its safe-place-for-the-bull definition. The photograph depicted a place where she, herself, felt safe. I loved the concept. I knew it had potential for a metaphor. But at the time I didn’t know for what. Thank you, Karen.

Flash forward almost ten years, when a friend told me she wintered in a beautiful place, popular with expats—San Miguel de Allende, Mexico. She regularly shared amusing, sometimes absurd stories of these visitors who straddled the line between their home lives and their expat adventures, giddy with plans to become painters, writers, or restauranteurs. I noted the setting and the expats had great potential for some story, though I had no idea what it would be. Thank you, Cathleen.

In 2016, during a visit to Paris, I introduced a friend from Quebec to Shakespeare and Company, the famous bookstore that published so many of the American expats after the First World War, including Hemingway. I realized she’d never read anything by the author and bought her a copy of The Sun Also Rises. Thank you, Aimée.

Once home, during a massage (head rubbing makes me very creative. Thank you, Sarah.) all these pieces started to come together. I had the beginning of a story—an homage to the Hemingway novel, but contemporary, with world-worn expats looking for their final chapter in this Mexican paradise.

Armed with this story idea I was off to San Miguel for research. I was invited to a bullfight. Thank you, Phyllis. I wasn’t looking forward to it, having seen one before—a bad one in Acapulco, with inept matadors, from way high in the top of the bleachers.

For this bullfight our seats were close. And a relative of the friend who invited me turned out to be an aficionada who talked us through each of the afternoon’s six fights, giving me a completely different perspective—from the bull’s point of view. Thank you, Karen #2.

There was one bull who wouldn’t move, another hugged the ring wall. In those moments their postures seem to transform them. I realized that “being safe” in the ring was also this precious moment of time before the end. Suddenly, I saw La Querencia as a potential title: a metaphor for a time in life paralleling that of the older expats in my story. The “moment” you could miss or make the best, a last opportunity for a generation to fulfill its early promise. It worked. And I had a story with a title and a tag line.

For a Generation of Dreamers, this Last One Really Has to Come True

But alas, the beautiful La Querencia, which is still the name of a bar in my story, can no longer serve as the title.

My personal dream would be for a new title that would describe the querencia moment in English and to keep the tag line. That may or may not be possible, or even advisable. I fully disclose that I can only see trees in this forest.

So now you know everything. And yes, I’m really sticking my neck out by going public with so much, and potentially so much that could change.

But I am more than ready to just move on with a new title. And I’m a little tired of working on this all alone.

Continuing the tradition of this novel’s progress, I’m in serious need of help from, well, anyone reading this blog. The titles I come up with all sound soapy. I can literally hear the organ music as I say them out loud.

The pathetic brainstorming list on my bulletin board has only a few potentials:

Please engage.  It doesn’t matter how farfetched. This is an online brainstorming and each idea will spur other thoughts. Send any ideas through my website here.

In return I promise to report on progress towards a new title and offer fame (if you want it) to anyone who comes up with a winner. This would begin with immortality via the acknowledgments section of the eventual 🤞🏼 published novel and continue with all kinds of early-read opportunities, giveaways, special invites, and other goodies. If your suggestion really sings, I may adopt you.

And yes, after all this, I know the publisher will probably change it anyway. Possibly to something quite simple. That doesn’t mean we can’t play and have some fun. I say game on. I look forward to hearing from you. Thank you all in advance. 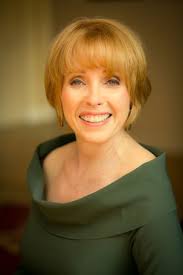 Rita Dragonette is a writer who, after spending nearly thirty years telling the stories of others as an award-winning public relations executive, has returned to her original creative path. The Fourteenth of September, her debut novel from She Writes Press, is based upon her personal experiences on campus during the Vietnam War. She is currently at work on three other books: an homage to The Sun Also Rises about expats chasing their last dream in San Miguel de Allende, a World War II novel based upon her interest in the impact of war on and through women, and a memoir in essays. She lives and writes in Chicago, where she also hosts literary salons to showcase authors and their new books to avid readers.

Author visits with Rita Dragonette are available via NovelNetwork.