The Role of Research in Fiction 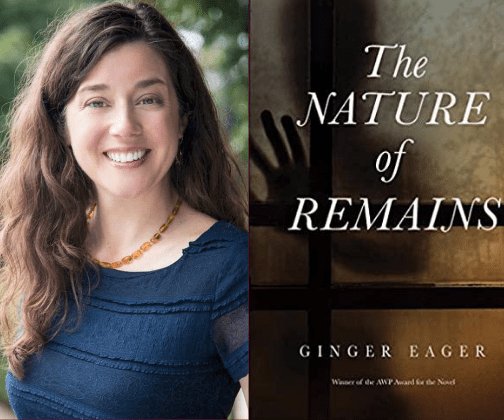 I was recently asked at a book event how I could have known what it was like for a pregnant teenage girl in a small Georgia town in 1959 to try to terminate a pregnancy. The woman who asked me this was in her sixties. She said, “This is my generation. I remember what it was like. People forget.” I told her of two friends, one in her sixties and one in her seventies, who each shared with me their stories of abortions performed on kitchen tables by men they had no choice but to trust. My friends were lucky in that each of them not only survived the procedure, but were still able to have children later, when they were ready.

The deeper story involves a photograph I encountered while conducting research about abortions before Roe v. Wade. The photo is of a woman named Geraldine “Gerri” Santoro. In 1964, Ms. Santoro died after she and her lover attempted a self-induced abortion using surgical instruments and a medical textbook. She was twenty-eight years old and the mother of two girls. She’d gotten pregnant during an extramarital affair, and she feared her abusive husband, from whom she was separated, would kill her if he found out. Her daughters were told their mother died in a car crash. They learned the truth a decade later when Ms. magazine ran a police photo showing Ms. Santoro’s corpse. In the photo, we see her from behind. She rests in what yoga teachers call “child’s pose.” But she’s naked, and there are white towels soiled with dark blood between her legs. She’s on the floor, as if to save the bed beside her from being soiled. She died alone. Her lover abandoned her when she began to hemorrhage.

In a transcript of a public radio interview with Ms. Santoro’s siblings, they describe her as a girl: she hid in trees to avoid chores on the Connecticut farm where they were raised; she and her sister performed traditional dances from Russia and the Ukraine while their father whistled the tunes. Her siblings described her abusive marriage and how she moved to California with her husband in an effort to appease him. It wasn’t long before she fled back across the country with her daughters.

When I write, I collect photographs for inspiration, but I didn’t save this picture of Ms. Santoro. I didn’t need to. I’d come to understand her within the context of time and place and resources and gender and fear and yearning—all of those qualities that comprise a human life. She had become specific to me, and in doing so I had seen that many of the qualities which gave rise to her experiences were qualities I knew too. I had a friend who’d hidden at my house after her husband blacked her eye with his shotgun. I had a friend who’d accidentally gotten pregnant while going through a messy divorce—she went for an abortion after dropping her children at elementary school. I’d been a college freshman who didn’t tell anyone I was being stalked because, in part, I was worried about losing my scholarship.

And it wasn’t only Ms. Santoro with whom I related. I was once in a situation where a relative fell from a cliff while backpacking. When I looked at his broken and bleeding body, I turned to the rest of the family and said, “I’ll run.” They assumed I meant for help, and that is in fact what I did, in that moment, my body demanded that I run. I couldn’t have done anything else. I can only imagine that Ms. Santoro’s lover felt similarly.

Roe versus Wade doesn’t erase the messiness and confusion of a human existence. We fight about abortion because it’s a visceral reminder of how faulty our hearts and families and communities are. In The Nature of Remains, Ms. Santoro’s abortion experience is most clearly evident in Marla, the character who goes for an illegal abortion in 1959. Ms. Santoro’s abusive marriage is present in the character of Lexie, a woman who plots in 2009 to flee her husband. Echoes of Ms. Santoro’s lover’s experience are present in Bird—in 1959, he’s a teenaged boy who gets his girlfriend pregnant, and in 2010 he’s a grown man haunted by his terrible adolescent choices. Ms. Santoro’s fierce will is present in the novel’s protagonist, Doreen, who dares to fight, always, for more than she can perhaps be expected to receive given her circumstances. Also present throughout the novel are resonances of my memories that the image of Ms. Santoro unlocked. Her generation isn’t my own, but her conditions were similar enough for me to imagine what it would mean to be a pregnant teenage girl in a small Georgia town trying to terminate a pregnancy in a time when abortion was illegal.

Research impacts our writing in ways we can’t anticipate. The Nature of Remains isn’t about Ms. Santoro, but secret altars to her are strewn throughout. May these altars do good work toward keeping us from spinning backward in time, returning to a place where abortions are illegal and a twenty-eight year old mother of two must choose between being murdered by her husband or bleeding to death on a hotel floor.

Author visits with Ginger Eager are available via NovelNetwork.com.