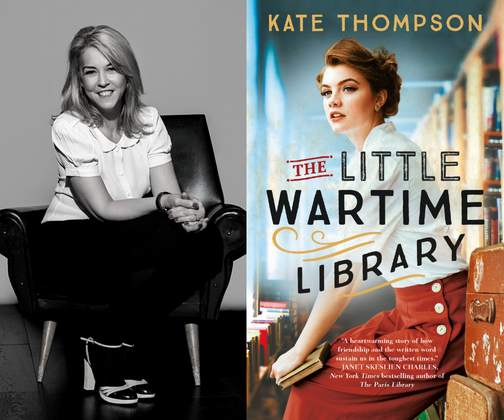 June 13th, 1944 and Bethnal Green is under fire. The streets are bathed in a choking, acrid smoke as a German V1 flying bomb explodes out of the sky, hitting a railway bridge and nearby houses. Six people are pulled dead from the scorched wreckage, eviscerated by Hitler’s first ‘revenge weapon’.

Deep below the ground and protected from the latest chapter in the unfolding horror, one 15-year-old girl is oblivious. Pat Spicer wanders up the long gloomy tunnel with her nose in a book, scarcely noticing the ripe stench of so many unwashed bodies, or the distant crump of the rocket’s meteoric impact, for Milly-Molly-Mandy has her enthralled.

Pat has just visited Britain’s only Underground Tube Shelter library, built over the boarded-up tracks of the westbound tunnel of the Central Line at Bethnal Green in East London.

Contrary to popular belief, during the Second World War, not all shelterers slept in an amorphous huddle on a dirty Underground platform. The history of WW2 is full of surprises, mostly tales of unspeakable deprivation, sacrifice and bloodshed, but just occasionally, magic.

Bethnal Green’s secret Underground wartime library offers up a remarkable story that reveals how, even in the darkest of times, working-class East Enders had access to books, entertainment and culture.

The story of this library starts in December 1940, three months after the Blitz began.

Shelterers weren’t short of entertainment. There was a 300-seat theatre built over the boarded up tracks of the westbound tunnelwith a stage, spotlights and a grand piano, which hosted opera, ballet and wartime weddings, a café serving hot pies and bacon sandwiches, doctor’s quarters and a Woman’s Voluntary Services (W.V.S) staffed wartime nursery, which enabled newly enfranchised women to go out to work. And best of all, from October 1941 – a little library.

Bunkbeds sleeping 5,000 stretched a mile up the tunnels

The previous year, on 7 September, 1940, a bomb had crashed through the roof of Bethnal Green Central library. In a split second, what had been an orderly and well-equipped library became a scene of destruction. For borough librarian George F. Vale and his deputy, Stanley Snaith, the underground village that had developed at Bethnal Green station was the perfect opportunity to set up a makeshift library and provide the local community with access to free books once more.  “The opportunity of founding a Tube shelter library was too good to miss,” librarian Stanley wrote in an article inLibrary Review in the spring of 1942. “It is, perhaps, the least pretentious branch library yet built. Fifteen feet square, it is mere sentry box of a place. We could have done with more room but the powers that be did not see eye to eye with us.”

The library, which had a captive audience during a raid when the doors to the shelter were locked, was open from 5.30 – 8pm every evening and loaned out 4,000 volumes that survived from the bombed out library above. Romance sat alongside literary classics, children’s books, poetry and plays. Treasure Island, Secret Garden and many other classics, including Enid Blyton, nourished young minds and helped children to escape the nightmares above.

“Libraries in converted shops, in village halls, in mobile vans, are common enough. But libraries in Tube shelters are something new under the sun,” Stanley wrote with pride.

Can you imagine growing up in a Tube station, your childhood unfolding next to the tracks, all your rites of passage taking place in the booking hall or along the tunnels?

Patsy Crawley, 84, fromEssex doesn’t have to. The first six years of her life were spent mostly down Bethnal Green Tube shelter. “It sounds funny now, but back then it was just normal. I knew no other life,” she laughs. “My mum Ginnie volunteered at the Tube shelter cafe. She was such a lovely, smiley lady, always bustling round a million miles an hour in her apron. When she was working, I’d knock about with my six male cousins. We had such fun running up and down the tunnels like little tube rats. We used to dare each other to go in the room of horrors as we called the ventilation shoot. It was strictly forbidden but being adventurous kids, we climbed up. All the kids used their imaginations, playing hopscotch, skipping, IT and kiss chase up the tunnels.

“During the war, the facilities were amazing down the Tube; it had everything you needed. There was even a mobile hairdresser, who used to come down the tunnels doing people’s hair out in rags before bed so they woke up with nice curly hair. Terrific!

“When war was over, I missed life underground, and even now when I go to Bethnal Green and see the Tube sign, I feel a warmth spread over my chest. To others, it’s a transport network; to me, it was my home.”

Heartbreakingly, that home was tinged with horror one night in March 1943 when 173 people died in a human crush on theuneven steps down to the shelter.  ARP wardens worked alongside housewives and boy scouts to save the injured. Mrs Chumbley wrenched children free from the crush with such force their shoes were left behind. It was three hours before the last casualty was pulled out.

Authorities ordered those that witnessed the tragedy to say nothing. The fearful explosion that had sent people hurrying to the shelter hadn’t even been enemy bombs, but the government testing new anti-aircraft missiles in nearby Victoria Park.  One of the Second World War’s biggest civilian disasters was quickly hushed up under the Official Secrets Act by a wartime government desperate to avoid news of the scandal falling into enemy hands.

Little wonder the underground library staff felt such a fierce loyalty towards their patrons, who had suffered so much. “Each dusk sees the first contingent making its way down to the bowels of the earth,” wrote Stanley. “The well and the ill, the old and the young, they come trooping down. Here a chokered docker, there an undersized lad with an Atlas load improbably poised on his head, playing prieux chevalier to a crippled mother. In the library, the youngsters are vocally busy with their book-selection, but why should they not chatter to their hearts’ content?”

These ‘youngsters’ are now in their nineties, and memories of the little library are embedded in their hearts.  “It was a sanctuary to me,” Pat, now 92 and living in Berkshire, told me. “By 1943, I was 14 and there had been so much horror, the Blitz, the Tube disaster. You can’t imagine what that library represented to me as a place of safety. It sparked a life-long love of reading.”

This October [2022] Bethnal Green Library – now firmly reinstated above ground – celebrates its centenary and it’s astonishing history as a symbol of resistance. Never have we needed or valued our libraries more. Because as little Pat discovered, you can escape life’s vicissitudes when your nose is buried in a good book.

As for Bethnal Green station? Today it reverberates with the drone of Central Line Tube trains but 80 years ago it was the magical sound of children’s laughter and the satisfying thunk thunk of a librarian’s stamp which echoed up the tunnels.

The author visiting the spot in Bethnal Green Underground where the library once stood, in the pandemic.

My name is Kate. I live in leafy Surrey, England in a haunted former bakery on the banks of the river Thames, with my two sons and two rescue dogs. When Im not writing, I am trying to tire out boys and dogs on endless walks.

I am a journalist by trade and have spent the past thirty years working for Fleet Street. Eleven years ago I discovered the rich and complex working class history of East London, a place made famous by Call the Midwife. Ever since then, I have been passionate about uncovering the stories I consider missing from the history books. Stories of clandestine matriarchal communities pitting their wits against war, violence and poverty. Tales of enormous camaraderie and tight-knit communities who are the beating heart of East London. I’m at my happiest sitting in the living room of an elderly cockney drinking tea and listening to the unfiltered gush of social history.

I have written twelve fiction and non-fiction titles. My debut novel, Secrets of the Singer Girls, became a Sunday Times bestseller when it launched in 2015.

My first non-fiction book which uncovers the lives of extraordinary women of wartime East End, The Stepney Doorstep Society was published by Penguin (Michael Joseph) in August 2018 and reached number one in the history categories on Amazon.

My latest novel, The Little Wartime Library, is based on the remarkable true story of Bethnal Green Underground’s shelter library in WW2. Founded in the chaos of the Blitz, the pioneering underground library provided the solace, sanctuary and escapism of books in London’s darkest hour. The book is published in the UK by Hodder & Stoughton and comes out in February 2023 by Grand Central Publishing, Forever imprint. I’m looking forward to connecting to book clubs and groups.  Visit my website at: https://www.katethompsonmedia.co.uk/

Author visits with Kate Thompson are available via NovelNetwork.com.