The Book Whisperer Discovers a Book of Secrets 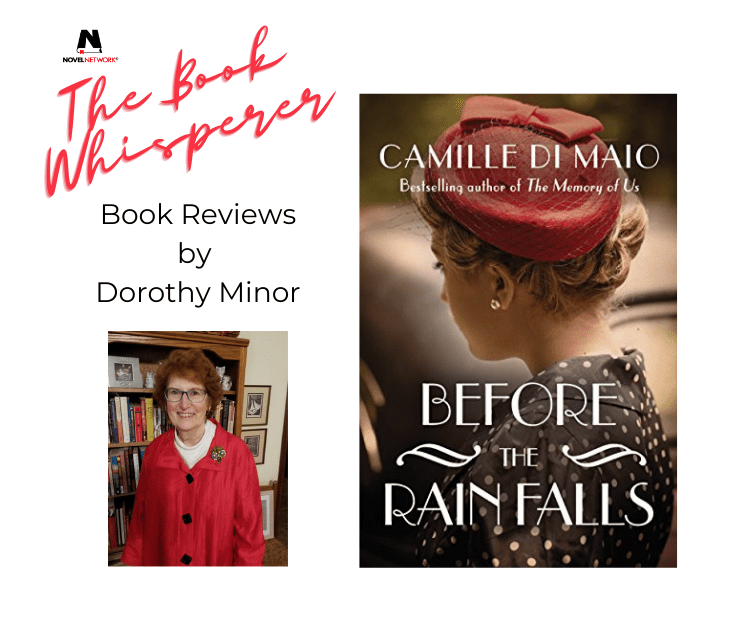 It’s no secret that we have discovered a gem in our in-house book reviewer, Dorothy Caldwell Minor, aka The Book Whisperer!

A little about Dorothy:

“I am an avid reader and also enjoy Indie and foreign movies. I retired from teaching English at Tulsa Community College after teaching as an adjunct first and then twenty-four years as a full-time faculty member. I was also involved in faculty development, planning and facilitating workshops for colleagues. I like technology and using technology to enhance learning. As an adjunct, I started a book club on campus, and it is still going strong thirty-one years later! I also belong to two other book clubs.I’ve included a picture from a Chautauqua Tea at TCC, complete with hat and brooch! I enjoy collecting vintage rhinestone brooches.”

“We meet twice monthly. The first of the month, we all read a book and discuss it; the second time we meet, we discuss other books we’ve read. We enjoy inviting authors to join us! We have 20 members, and we are located in Broken Arrow, Oklahoma. We are currently reading When Time Stopped by Ariana Neumann and enjoy reading fiction, historical fiction, memoir, nonfiction, YA.”

We close out 2021 with Dorothy’s book review of Camille DiMaio’s Before the Rain Falls.

Della Lee, 90, has just been released from prison serving time for murdering her younger sister, Eula. Della Lee returns to the only home she has ever known except the prison: the farm she inherited in Puerto Pesar.

Dr. Paloma Vega, who grew up in Puerto Pesar, has returned for a few weeks to care for her grandmother who is recovering from a heart attack and to try to connect with her younger half-sister. Then Vega plans to return to NYC.

The final major character in this unlikely trio is Mick Anders, a Boston journalist. Anders suffers from demons of his own making. After starting out with a bang as a journalist, Anders makes a mistake in judgment which costs his newspaper a great deal of money. Anders arrives in Pureto Pesar on his editor’s advice and seeking a story that will redeem his tattered career and restore his reputation.

In addition to the current story of Della’s return coinciding with Anders’ and Vega’s appearance in town, readers also learn Della’s back story, returning to the murder of her sister. Along the way, readers will meet other characters who also play their roles in the story.

Camoille DiMaio is available to visit with book clubs via NovelNetwork.com.

Be sure to visit Dorothy’s website, Parkdalear’s Blog, and watch for her reviews of our NovelNetwork authors featured there, and shared right here at NovelNetwork.com.