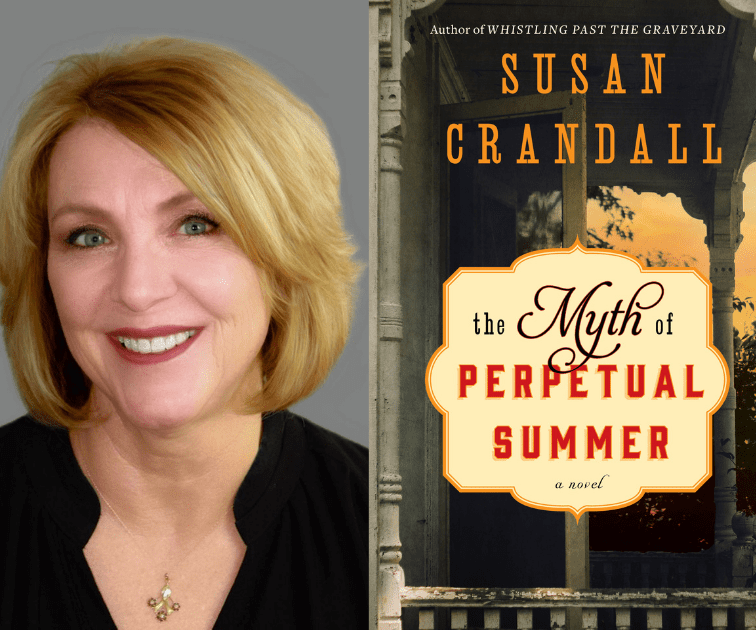 Unlike so many writers, Susan Crandall did not emerge from the womb with a pen and paper in hand and a fully formed story in her mind. Instead, she was born with an incredible love for books. For much of her young life, even those exhausting years when her children were young and Susan worked in her previous profession (yes, the rumor is true, she was a dental hygienist) she was an avid reader, always fascinated with words. (Those of you who catch yourself reading the dictionary when you cracked it open to look up mesopelagic you just might have a writer hiding inside you, too.)

Then, her younger sister admitted that she’d been writing, secretly of course, as most writers initially do. That admission led to Susan editing her sister’s work (as the older sister, Susan was never short of opinions to share). Then Susan and her sister co-authored four unpublished novels. Her sister moved on after those four books, but Susan was totally addicted. She’d learned too much about the process of writing, the craft of storytelling and the world of the written word to give it up.

WHISTLING PAST THE GRAVEYARD, her tenth published novel, was a Target Book Pick, an Indie Next pick, a Pulpwood Queens National Book Club pick, as well as recipient of the 2014 SIBA Award for Fiction.

THE FLYING CIRCUS, a novel set in the 1920’s about three misfits on the run from their pasts, a story of heartbreak and adventure, was released in hardcover in July 2015 to high acclaim. It is a Pulpwood Queens National Book Club pick as well as a 2015 SIBA Okra pick.

THE MYTH OF PERPETUAL SUMMER, the story of a girl in the 1960s trying to hold her dysfunctional family together, June 2018. A little bit coming-of-age, a little bit runaway, a good deal of emotion.

Susan grew up in a small Indiana town, married a guy from that town, and then moved to Chicago for a while. She is pleased to say that she has been back in her hometown for many years and plans to stay. She and her husband have two grown children, four little grands, and two dogs.

Learn more about Susan Crandall from these Frequently Asked Questions.

Susan Crandall is available to visit with book clubs via NovelNetwork.