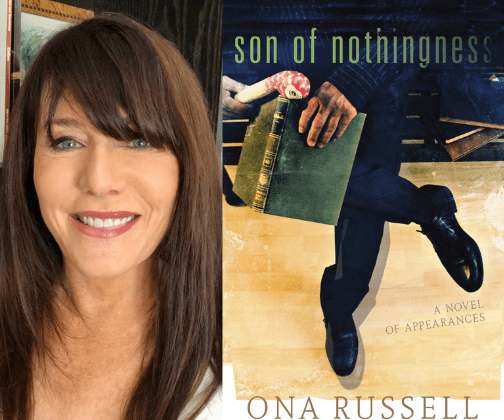 I am fascinated by the edges of history: the untold, underrepresented and concealed. The events and lives that conventional history overlooks (or intentionally ignores) are the ones that interest me the most. Historical fiction is the perfect vehicle to pull the edges to the center, to make them the subject of a story, because it allows for the filling in of gaps that necessarily come with narrating this kind of territory.

Why the 1920s? First, because I discovered my protagonist there, literally on the edges of a 1925 news clipping. Sarah Kaufman was a real woman, a historical figure lost to time who I adopted as my fictional sleuth. Secondly, because the 20s were both unique and strikingly similar to our own time. Yes, there were flappers and bootleggers. But there was also vicious anti-immigrant sentiment, high-profile Ponzi-type schemes and rampant government corruption. From the social and political, to the cultural and economic, to the scientific and religious, the 20s were complex, and thus, for a writer, a rich frontier to mine.

In addition to my three historical novels, I have been published in a wide variety of venues, including newspapers and literary and law journals. I earned an M.A. in American literature from Clark University and a Ph.D. in literature from the University of California, San Diego. I’ve taught numerous college courses, including “Literature and the Law,” a topic on which I’ve written and spoken extensively. My second novel, THE NATURAL SELECTION, was a California and San Diego Book Award finalist.

ABOUT SON OF NOTHINGNESS:

Los Angeles, 1949. Attorney Andrew Martin, aka Andrés Martinez, is doing what he does best: surviving. His career is stable, he has his pick of women, and his beloved parrot, Emerson, keeps him company. True, he’s still lamenting his rejection from the military, still tormented by memories of his father, and then there’s his leg, which continually feels like an imposter. But he’s learned to live with all of that, too. Until the arrival of Penny, that is, a member of the Salvation Army, a stranger with a secret. Andrew’s meeting with the woman is brief, but what he learns from her upends him. Suddenly nothing makes sense. He desperately needs to get away, and it seems the gods are listening, for he’s soon offered a job in Sacramento. And not just any job. He’s been asked to help confirm a plot that the government is using ex-Nazis to spy on communists in the U.S. The timing seems perfect, and Andrew agrees. What he doesn’t know is that this quest will lead him straight into the heart of that from which he is trying to escape. Includes Readers Guide

Author visits with Ona Russell are available via NovelNetwork.com.