My Name is Mary Sutter by Robin Oliveira 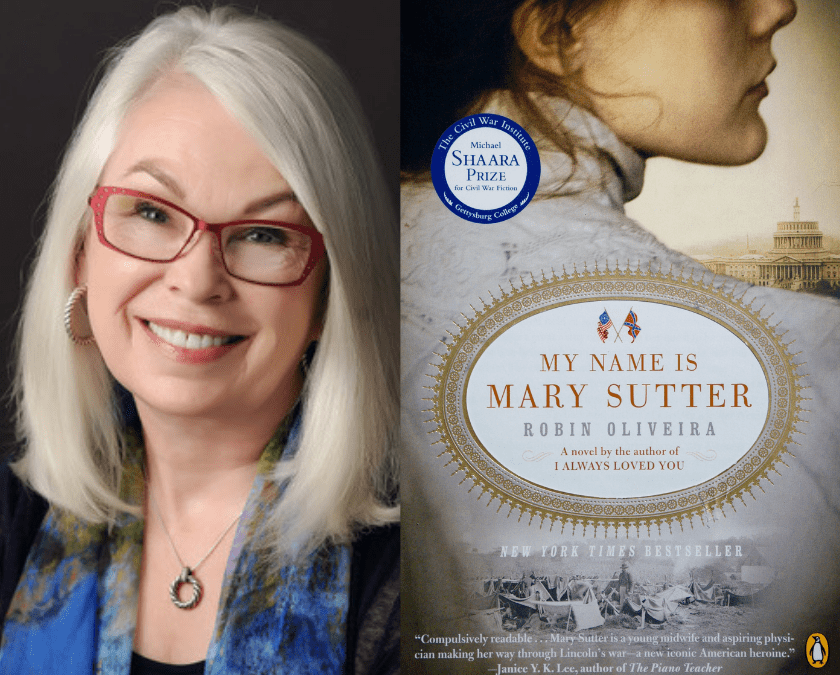 In this stunning first novel by Robin Oliveira, Mary Sutter is a brilliant, head­strong midwife from Albany, New York, who dreams of becoming a surgeon. Determined to overcome the prejudices against women in medicine-and eager to run away from her recent heartbreak- Mary leaves home and travels to Washington, D.C. to help tend the legions of Civil War wounded. Under the guidance of William Stipp and James Blevens-two surgeons who fall unwittingly in love with Mary’s courage, will, and stubbornness in the face of suffering-and resisting her mother’s pleas to return home to help with the birth of her twin sister’s baby, Mary pursues her medical career in the desperately overwhelmed hospitals of the capital.

Like Charles Frazier’s Cold Mountain and Robert Hicks’s The Widow of the South, My Name Is Mary Sutter powerfully evokes the atmosphere of the period. Rich with historical detail (including marvelous depictions of Lincoln, Dorothea Dix, General McClellan, and John Hay among others), and full of the tragedies and challenges of wartime, My Name Is Mary Sutter is an exceptional novel. And in Mary herself, Robin Oliveira has created a truly unforgettable heroine whose unwavering determination and vulnerability will resonate with readers everywhere.

“A vivid romantic novel about love, medicine, and the Civil War, My Name is Mary Sutter features an indomitable, memorable heroine whom the reader will root for until the very end.”—David Ebershoff, author of The Danish Girl and The 19th Wife

“Think of Mary Sutter as a northern Scarlett O’Hara without the man-killer good looks for feminine wile… [Oliveira] peels back Mary’s vulnerable, human side in this intriguing slice of Civil War history.”—USA Today

“[A] riveting saga about trying to break a 19th-century glass ceiling.”—Good Housekeeping

“Oliveira’s graceful, assured portrayal of a courageous woman shines through in her outstanding debut novel… [an] impressive historical epic.”—Booklist

“Compelling voice … [Oliveira] does a splendid job of reminding us how much the known world has changed … and how much has not.”—Oregonian

“Oliveira deftly depicts the chaotic aftermath of battles and develops her own characters while incorporating military and political leaders of the time. The historic details enrich the narrative without overshadowing Mary’s struggles. This well-written and compelling debut will engage all readers of historical fiction, especially those interested in the Civil War.”—Library Journal

“The language is beautiful and the story will keep you on the edge of your seat throughout.”
—(Albany) Times Union

Author visits with Robin Oliveira are available via NovelNetwork.com.