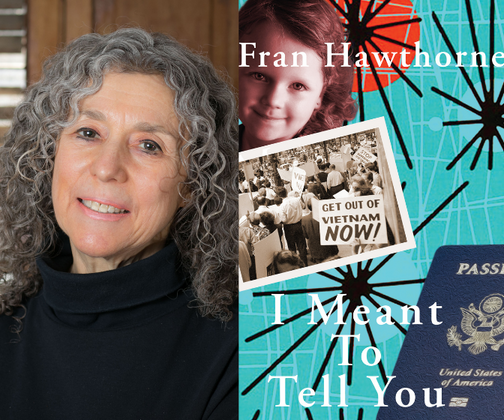 I’m either insane or a voracious reader, but somehow I manage to belong to four separate book clubs, three of which often choose books of over 600 pages.

I can (usually) keep up, because only one of the groups meets every month. But more important, I love them all, for different reasons, and I can’t bear the thought of abandoning any of the clubs or the friends who come with them.

The original: Suddenly, about 15 years ago, a longtime friend invited me to join her book club. She and some other women from a local Catholic church had been meeting at each other’s homes each month for a few years, reading whatever novel that month’s host chose; I would be their first outsider. At that time, it was just a wine-and-nibbles gathering, but too soon it graduated into a full dinner – which almost caused me to drop out, because I hate to cook. (I’ve managed to produce shepherd’s pie and various casseroles.) By now we’ve grown far beyond books: We share each other’s birthday parties and our kids’ weddings, and six of us spent a week in Italy together. My favorite selection: A Visit from the Goon Squad by Jennifer Egan.

The synagogue club #1: Five to six Saturday afternoons a year, we meet at our synagogue after Shabbat services. Who’s “we”? It could be our core of five members of the congregation, and it could be as many as 12. The group’s organizer selects the books, which are almost always fiction and always with a Jewish theme, such as Israel, American Jewish life, or the Holocaust. A few wonderful times, a congregant who’s a specialist in the book’s subject matter has joined us as a “guest speaker.” Maybe our discussions are the least personal of all four clubs; I’m not sure, but they definitely have the largest component of Talmudic analysis and Yiddish jokes. Favorite selection: The Weight of Ink by Rachel Kadish.

The synagogue club #2: In contrast to synagogue club #1, this group – which shares some overlap in membership — decided to seek out books specifically without a Jewish angle, and from a wide variety of cultures. Every summer, we nominate and vote on the next year’s titles; they were 100% fiction until the last year or so. We gather 10 times annually, at our homes – just snacks, thank goodness! — alternating daytimes and evenings. (Because I can never pull away from work in the daytime, I join only the evening meetings; that’s one way I’m able to reduce my total-club reading load.) Favorite selection: The Sympathizer by Viet Thanh Nguyen.

The museum club: When I became a guide at the New-York Historical Society in Manhattan, some of the other volunteers invited me to join their book club, which then met four times a year at the museum restaurant. As a nice change of pace for me, this group focuses on nonfiction — always U.S. history, though not necessarily New York history. (Actually, I had initially tried to steer my colleagues more toward New York, figuring it would help us in our work at the museum, but I’ve come to realize that I was eliminating too many good titles.) Not only do we read, but we also organize excursions to nearby historic sites like Plymouth Church in Brooklyn, which was Henry Ward Beecher’s pulpit and a stop on the Underground Railroad. Favorite selection: The Warmth of Other Suns by Isabel Wilkerson.

Yes, there have been times when all four clubs met within a two-week span. Covid shifted everything temporarily to Zoom, but it didn’t decrease the frequency. In fact, now the museum book-lovers try to get together every six weeks or so, instead of quarterly.

On top of these lists, I write reviews for The New York Journal of Books, and of course there are books I need to read as research for the novels I’m writing. And what about the intriguing books that my non-club friends recommend or that I notice on bookstore shelves?

“This is crazy,” I regularly tell myself. “I can’t keep doing this.”

But which one would I give up? Ann and Lisa and Jennifer and Kathleen …. Shoshana and Alan and Gav and Ira …. The Sympathizer? The Warm of Other Suns?

So, I keep on reading. And my stack of to-read books keeps growing.

Fran Hawthorne  spent three-plus decades writing award-winning nonfiction, including eight books, before returning to her childhood love: writing fiction. I MEANT TO TELL YOU is her second published novel.

Author visits with Fran Hawthorne are available via NovelNetwork.com.