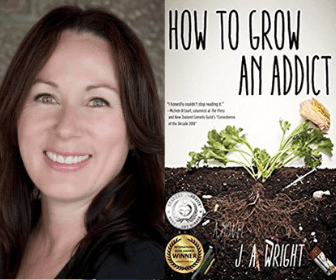 My dad was a happy-go-lucky kind of guy. He played golf, hung out in bars, and loved Christmas. He also didn’t have rules around alcohol, especially during the holiday season, which made it easy for me to discover the calming effects of alcohol before I knew how to spell it.

Dad didn’t think much about my curiosity for his special holiday drinks because he was sure kids wouldn’t like the taste of his rum Eggnog or his whiskey spiked Tom and Jerry drinks. And he was convinced that no one, other than those wanting to grow hair on their chests, would ever take more than one sip of his hangover remedy – a Tabasco-spiced Bloody Mary made hotter with ground pepper sprinkled on top.

He was wrong; I liked them all. And because I did, I hung out with him and other family members who drank as he did during the holidays. Being in the care of adults who didn’t pay attention made it easy for me to drink without getting told me off, even when I was obviously tipsy.

Years later, after I’d been through rehab and became active in a recovery support community, I heard that most alcoholics were introduced to alcohol during the Christmas season, and I believe it. I also think if my parents had been knowledgable about the long terms effects of alcohol consumption, they wouldn’t have indulged the way they did, offered me sips, turned a blind eye to me helping myself to leftovers or made excuses for my many episodes of drunkenness, because, for a kid like me, one who was plagued with anxiety and fear, discovering the magic of booze at a young age was a disaster; for them and for me.

Here’s my list of don’ts and do’s for the holiday season:

Don’t let a child sip from your drink.

Don’t give your child a mock cocktail or let them drink anything from a beer mug or wine glass.

Don’t ask a child to get or pour you a drink.

Don’t ask a child to clean up.

Don’t get drunk around children.

Do be honest with yourself and your child about why you’re drinking.

Do pay attention to what a child is doing when alcohol is around.

Do your shopping for alcohol without children.

Do keep your conversations about booze to a minimum around children.

Do arrange projects and creative activities for children during the holidays.

Do consider the message you’re sending when you overindulge.

Do talk with children openly and honestly about alcohol and drugs. It might just save a life.