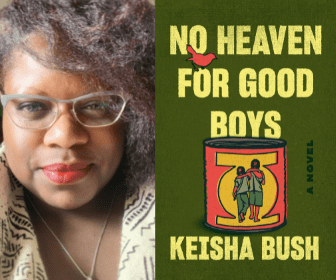 Keisha Bush was born and raised in Boston, Massachusetts and is the oldest sibling of three brother and two sisters. She received her bachelor of science degree in business management from Bentley University where she also minored in philosophy, with a particular focus in business ethics. It was her minor that was the catalyst in changing her trajectory from pursuing a law degree. During her senior year of high school, and freshman year of college, she had volunteered at the Boston Legal Services Offices for Housing, and it was that early experience of seeing civil lawyers overworked and underpaid, coupled with her minor in philosophy, that solidified her dropping her accounting major, a precursor to a corporate law degree, and deciding to go straight to work after undergrad.

After the 2004 election of George W. Bush that Keisha Bush (no familial relations) decided to take a break from America’s polarizing politics and head to Africa for the first time with a volunteer position at the YMCA, in The Gambia. Bush quickly realized that The Gambia, with its recent militant coup, regular blackouts and lack of infrastructure, was also not the place in which she felt she could have the fullest experience. This sentiment was solidified after the wrongful arrest of a young male colleague from Sierra Leon, and his subsequent torture by the local police. Bush packed her bags and overcame her fright of the harrowingly rocky, but short flight to Dakar, for a permanent move, where she found work teaching English as a second language and then eventually a position with Oxfam Great Britain, in the Dakar office.

After living in West Africa from 2004-2008 Bush returned to home, to New York City, and began working for a local LGBTQ nonprofit. It was there, that she realized that working endless hours, seven days a week, was not fulfilling in the same manner as her work week abroad, yet she wasn’t ready to return to West Africa. It was during a period of inner searching that she realized that she had continued to write short pieces and bad poetry, starting in fourth grade, through high school, undergrad, and her four years in West Africa, but had never considered it ever being something she could, or would, pursue seriously. A year into the Great Recession Bush questioned what a writing career would look like if she gave if the same time and dedication, she had offered so many of her previous office jobs. What would a sixty-to-eighty-hour work week look like, focused solely on something she was passionate about? This question was the catalyst for what would be a complete career change along with a short three-month novel-writing course at Media Bistro, she attended held in small room at the YMCA down in SoHo, on Bowery Street.

In was in the fall of 2011, with two separate drafts of novels in hand, that Keisha began taking continuing education courses in writing at The New School. In the fall of 2013, she entered the school’s MFA program, where she was a Riggio Honors Teaching Fellow and recipient of the NSPE Dean’s scholarship. Since graduating in 2015, she has received fellowships from the Lower Manhattan Cultural Council’s Workspace Residency, the Tyrone Guthrie Centre in Ireland, Moulin à Nef in France, the Virginia Center for the Creative Arts, Vermont Studio Center and Vona. Her debut novel, No Heaven For Good Boys, is a story about the plight of the innocent children she witnessed during her tenure in West Africa, and could not forget once she returned home.

ABOUT NO HEAVEN FOR GOOD BOYS:

Six-year-old Ibrahimah loves snatching pastries from his mother’s kitchen, harvesting string beans with his father, and searching for sea glass with his sisters. But when he is approached in his rural village one day by Marabout Ahmed, a seemingly kind stranger and highly regarded teacher, the tides of his life turn forever. Ibrahimah is sent to the capital city of Dakar to join his cousin Étienne in studying the Koran under Marabout Ahmed for a year, but instead of the days of learning that Ibrahimah’s parents imagine, the young boys, called Talibé, are forced to beg in the streets in order to line their teacher’s pockets.

To make it back home, Étienne and Ibrahimah must help each other survive both the dangers posed by their Marabout, and the darker sides of Dakar: threats of black-market organ traders, rival packs of Talibé, and mounting student protest on the streets.

Drawn from real incidents and transporting readers between rural and urban Senegal, No Heaven for Good Boys is a tale of hope, resilience, and the affirming power of love.

PRAISE AND RECOGNITION FOR NO HEAVEN FOR GOOD BOYS:

“No Heaven for Good Boys is a compelling, devastating novel with unforgettable characters. Keisha Bush doesn’t shy away from portraying the shattered lives of the children on Dakar’s streets and the injustices that they suffer, but she does so with great compassion and empathy.”—Deepa Anappara, author of Djinn Patrol on the Purple Line

“An extraordinary literary debut, as mesmerizing as it is heartbreaking . . . Bush is an amazing storyteller, by turns harrowing and tender, and no matter how difficult the journey, she never lets us lose sight of the two young cousins who are the beating hopeful loving heart of this triumphant must-read novel.”—Junot Díaz

“You’ll root for Ibrahimah at every heart-wrenching turn as Bush explores his world and the difficult choices his family makes for the sake of honor and tradition.”—Melissa Rivero, author of The Affairs of the Falcóns

“A transporting and beautifully written novel, No Heaven for Good Boys is a testament to the power of friendship and the tenacity of the human spirit.”—Jasmin Darznik, author of Song of a Captive Bird

“A propulsive and captivating novel . . . The characters are fully realized and empathetically rendered; I was rooting for Ibrahimah and his family from page one. I’m so glad that Bush has told this story.”—Mandy Berman, author of The Learning Curve

“A tale of resilience and survival.”—The Millions

“[A] powerful, Dickensian debut novel . . . Bush is a born storyteller, who knows how to speak in the language of the boys she brings to life. They are hungry and they want love—the latter being the word most often used in this devastating, drawn-from-real-events story.”—Literary Hub

“I loved this book because it is a story about generations of parents and children saving one another with a love so powerful that it transcends distance, time, and reason.”—Ann Napolitano, New York Times bestselling author of Dear Edward

Author visits with Keisha Bush are available via NovelNetwork.com.