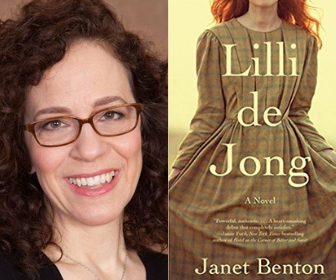 Janet Benton began writing early and has worked hard to give books a central place in her life. She grew up in a small, conservative town in New England but got to skip eighth grade to travel the world with her working-artist mother. She holds an M.F.A. in English/fiction writing from the University of Massachusetts, Amherst and a B. A. in religious studies from Oberlin College. After working at magazines, newspapers, and publishers, running an editorial business, and teaching writing at four universities and privately, she began The Word Studio (www.thewordstudio.us) to focus on writing, editing, and working with writers. Click here to read an interview with her in Publisher’s Weekly, March 2017, called “Mothers from the Past: PW Talks with Janet Benton.” Feel free to get in touch via the Contact tab on this site.

Janet is available to visit with your book club via NovelNetwork. Join now to schedule your visit!