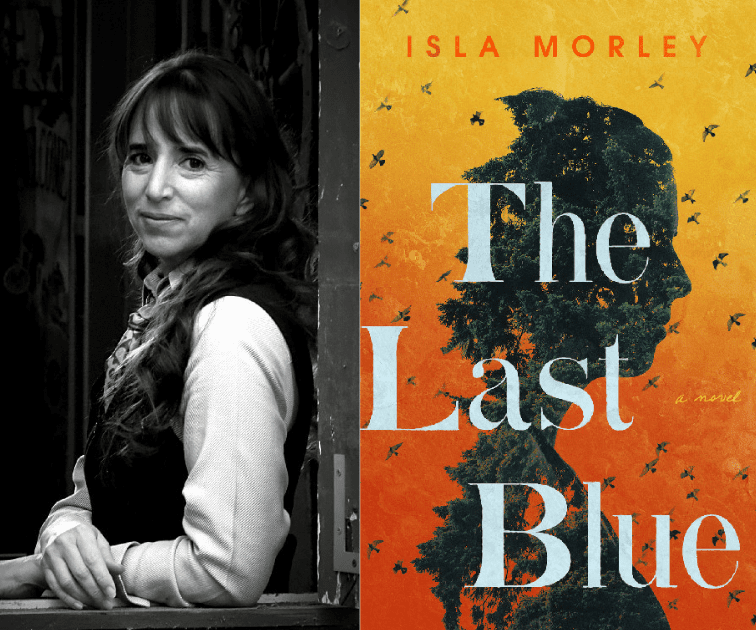 Isla Morley grew up in South Africa during apartheid, the child of a British father and fourth-generation South African mother.  During the country’s State of Emergency, she graduated from Nelson Mandela University in Port Elizabeth with a degree in English Literature.

By 1994 she was one of the youngest magazine editors in South Africa, but left career, country and kin when she married an American and moved to California.  For more than a decade she pursued a career in non-profit work, focusing on the needs of women and children.

Her debut novel, Come Sunday, won the Janet Heidinger Prize for fiction and was a finalist for the Commonwealth Prize.  It has been translated into seven languages.  Her novel, Above was an IndieNext Pick, a Best Buzz Book and a Publishers Weekly Best New Book.  The Last Blue is her third novel.

She has lived in some of the most culturally diverse places of the world, including Johannesburg, London and Honolulu.  Now in Los Angeles, she shares a home with her husband, daughter, three cats and five tortoises.

ABOUT THE LAST BLUE:

A luminous narrative inspired by the fascinating real case of “the Blue People of Kentucky” that probes questions of identity, love, and family.

In 1937, there are recesses in Appalachia no outsiders have ever explored. Two government-sponsored documentarians from Cincinnati, Ohio—a writer and photographer—are dispatched to penetrate this wilderness and record what they find for President Roosevelt’s Works Progress Administration. For photographer Clay Havens, the assignment is his last chance to reboot his flagging career. So when he and his journalist partner are warned away from the remote Spooklight Holler outside of town, they set off eagerly in search of a headline story.

What they see will haunt Clay into his old age: Jubilee Buford, a woman whose skin is a shocking and unmistakable shade of blue. From this happenstance meeting between a woman isolated from society and persecuted her whole life, and a man accustomed to keeping himself at lens distance from others, comes a mesmerizing story in which the dark shades of betrayal, prejudice, fear, and guilt, are refracted along with the incandescent hues of passion and courage.

Panning across the rich rural aesthetic of eastern Kentucky, The Last Blue is a captivating love story and an intimate portrait of what it is like to be truly one of a kind.

PRAISE AND RECOGNITION FOR THE NIGHT PORTRAIT:

“Morley has constructed a memorable and moving narrative, complicated by the troubles of the past and shadowed by the risk of betrayal, which probes what it means to truly be seen and understood for oneself.”, Booklist

“I devoured it in gulps, desperate to find out what happens yet also enjoying Morley’s lyrical prose and descriptions of Appalachia.”, The Koala Mom

“The writing, oh, man, the writing! There are some amazing scenes throughout the book that really took me from the highest highs to the lowest lows and back again! I loved how much of a ride this book was! A mark of a good book for me is when I can’t stop thinking about the story or the characters after I close the pages and these characters and their story are very much stuck to me!”, A Bookish Affair

“A compelling tale of survival, reinvention, and hope.  Vivid and poignant.”, The Boston Globe (Praise for Isla Morley)

“Morley is a stunning storyteller.”, The Daily Beast (Praise for Isla Morley)

Author visits with Isla Morley are available via NovelNetwork.com.