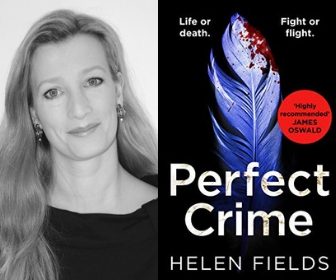 Helen Fields studied law at the University of East Anglia, then went on to the Inns of Court School of Law in London. After completing her pupillage, she joined chambers in Middle Temple where she practised criminal and family law for thirteen years. After her second child was born, Helen left the Bar.

Together with her husband David, she runs a film production company, acting as script writer and producer. Perfect Remains is set in Scotland, where Helen feels most at one with the world. Helen and her husband now live in Los Angeles with their three children and two dogs.

She has also self published some of her fantasy books as part of her journey. Helen decided that she wanted to go even further and now has a literary representative.

Helen Fields is the creator and the author of the D.I. Callanach series. This engaging murder mystery meets crime fiction kicked off with the release of the first book, titled Perfect Remains. The novel came out in 2017 and was nominated for a McIlvanney Prize. Perfect Kill, the sixth book in the D.I. Callanach thriller series, arrives in February, 2020.