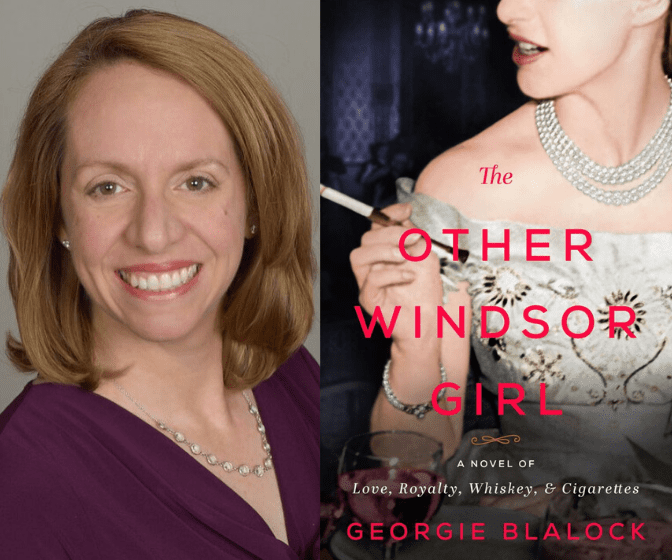 Georgie Blalock is an amateur historian and movie buff who loves combining her different passions through historical fiction, and a healthy dose of period piece films. When not writing, she can be found prowling the non-fiction history section of the library or the British film listings on Netflix. Georgie writes historical romance under the name Georgie Lee.

Award winning author Georgie Lee was born and raised in San Diego where she also attended college, majoring in television and film production. She began her professional writing career at a local cable TV station writing marketing videos, promotional spots and public service announcements, some of which still haunt the airwaves.

Blinded by the dazzling lights of Hollywood, she headed north to Los Angeles where she earned her MA in Screenwriting, met her husband, and settled into a career in the interesting but strange world of the entertainment industry.

A lifelong history buff,  Georgie  hasn’t given up hope that she will one day inherit a title and a manor house. Until then, she fulfills her dreams of lords, ladies and a season in London through her stories.  When not writing, she can be found reading non-fiction history or watching any movie with a costume and an accent.

ABOUT THE OTHER WINDSOR GIRL:

In dreary, post-war Britain, Princess Margaret captivates everyone with her cutting edge fashion sense and biting quips. The royal socialite, cigarette holder in one hand, cocktail in the other, sparkles in the company of her glittering entourage of wealthy young aristocrats known as the Margaret Set, but her outrageous lifestyle conflicts with her place as Queen Elizabeth’s younger sister. Can she be a dutiful princess while still dazzling the world on her own terms?

Post-war Britain isn’t glamorous for The Honorable Vera Strathmore. While writing scandalous novels, she dreams of living and working in New York, and regaining the happiness she enjoyed before her fiancé was killed in the war. A chance meeting with the Princess changes her life forever. Vera amuses the princess, and what—or who—Margaret wants, Margaret gets. Soon, Vera gains Margaret’s confidence and the privileged position of second lady-in-waiting to the Princess. Thrust into the center of Margaret’s social and royal life, Vera watches the princess’s love affair with dashing Captain Peter Townsend unfurl.

But while Margaret, as a member of the Royal Family, is not free to act on her desires, Vera soon wants the freedom to pursue her own dreams. As time and Princess Margaret’s scandalous behavior progress, both women will be forced to choose between status, duty, and love…

The Other Windsor Girl is available for purchase here.

Author visits with Georgie Blalock are coming soon via NovelNetwork.com.