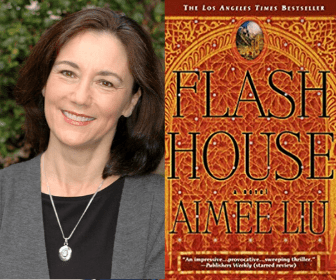 A suspenseful novel of rescue and redemption set in Central Asia at the start of the Cold War, featuring two unforgettable heroines whose fates are irrevocably intertwined.

When a plane carrying American journalist Aidan Shaw goes down in Kashmir in 1949, Aidan’s wife Joanna refuses to accept that he is dead. Aidan has been accused of harboring Communist sympathies, and his mission to Kashmir was supposed to clear his name of these charges. Without a body to prove his death, Joanna is convinced that his disappearance involves more than accident. In search of answers, she enlists the help of Aidan’s best friend, Lawrence Malcolm, and leaves the rescue home that she runs in New Delhi, bringing along as translator an unusual native child, Kamla, whom she has saved from an Indian brothel – or “flash house.” Together with Joanna’s young son, Simon, this unlikely band sets off for the northernmost reaches of India, the last place Aidan was seen alive.

The ensuing journey leads over some of the highest mountain passes in the world and is by turns harrowing and heartbreaking, finally landing the rescuers in western China just weeks before the Communist takeover. As one cruel revelation follows another, these four are forced to lean ever more heavily on each other for solace and for courage. But will they be strong enough to endure the ultimate betrayal?

Flash House is a tale of passion and resilience in a world where nothing is as it appears.

FLASH HOUSE was published in Warner hardcover in 2/03, and became a “Los Angeles Times bestseller. With its phenomenal characterizations and exotic setting, FLASH HOUSE won raves in publications, including the “Los Angeles Times, Booklist, and a starred review in “Publishers Weekly, among others.

Author visits with Aimee Liu are available via NovelNetwork.com.