Book Launch: How Fires End by Marco Rafalà in conversation with Idra Novey 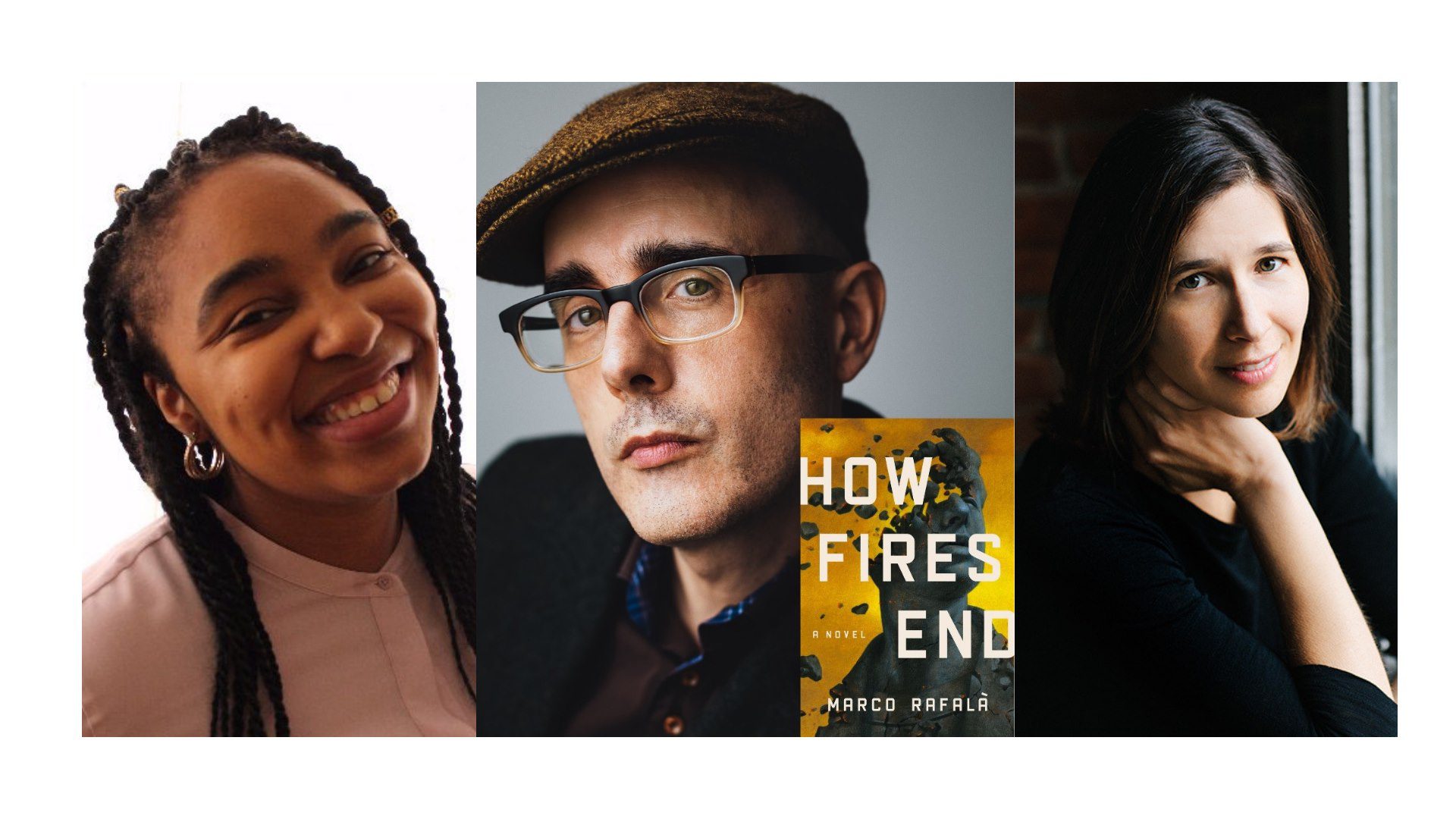 Join us in celebrating the publication of How Fires End by Marco Rafalà. Marco will be in conversation with Idra Novey, award-winning author of Ways to Disappear and Those Who Knew. The evening will be moderated by poet & editor Hafizah Geter. Q&A and refreshments will follow the conversation, including free cannoli and other Italian pastries, light bites, & live music by accordionist Solo Di Gondolieri.

This event is free and open to the public.

A dark secret born out of World War II lies at the heart of a Sicilian American family in this emotional and sweeping saga of guilt, revenge, and, ultimately, redemption.

Set in post-World War II Sicily and mid-eighties America, How Fires End chronicles the long legacy of a single act of violence, illustrating along the way the complicated dynamics of familial bonds, the devastating effects of war upon childhoods, and the inextricable nature of personal and political identities. In a sweeping narrative that contains multiple perspectives and grand themes—revenge, love, forgiveness—the novel not only offers a striking portrait of a single family, but also interrogates traditional and troubling definitions of masculinity and the powerful allure of fascism. How Fires End is a story of Sicilian Americans, but it is not a mafia tale. It is a story of World War II, but it is not an account of military conflict. It is, instead, a heartfelt examination of the complex relationship between immigrant parents and their first-generation children.

“A sensitive account of all-too-human characters who fled one oppressive island only to create another for themselves.” –Kirkus Reviews

“How Fires End explores the complicated bind of family, attempting to answer the age-old question of where family history ends and the self begins. This is a beautiful meditation on time, memory, and consequences.” —Kaitlyn Greenidge, author of We Love You, Charlie Freeman

Marco Rafalà is a first-generation Sicilian American novelist, musician, and writer for award-winning tabletop role-playing games. He earned his MFA in Fiction from The New School and is a cocurator of the Guerrilla Lit Reading Series in New York City. Born in Middletown, Connecticut, he now lives in Brooklyn, New York. How Fires End is his debut novel.