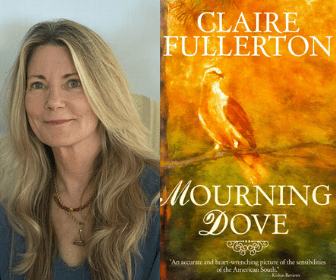 I’ve always known I’m a storyteller. Having been born in Wayzata, Minnesota (the homeland of my father) and transplanted at the age of ten to Memphis, Tennessee (the homeland of my mother,) I learned early that the art of observation can be an acclimating lifesaver.  My mother told me that as a child, I would sit and watch people. I was thirty years old the first time she said this, then she added: “You still do.” If what is known as “the writer’s eye” is the ability to see the world from the outside in, then I am happily guilty.

Although I now live in Malibu, California, I’ll always consider myself a Southerner: a card-carrying member of the last romantic culture on earth. When I was growing up, Memphis was a hot-bed of social and cultural change. In this atmosphere, I embraced popular music, for the city that sits on the bluff of the Mississippi is a musical mecca, and I wanted to be in its middle.  I found my niche in music radio as a member of the on-air staff of five different stations, during a nine-year career.

Music radio led me to the music business, and the music business led me to Los Angeles, where I worked for three years as an artist’s representative, securing record deals for bands. From Los Angeles, I took a trip to the west coast of Ireland and ended up staying a full year. An uncanny twist of fate directed me back to Los Angeles, where unbeknownst to me, my future husband waited. Three weeks after my return to the United States, I reviewed the journal I kept, while living in Ireland, and knew I had a good story. I started the draft of what became my second published novel, but years intervened between its beginning and publication.

During those years, I wrote a creative, weekly column for The Malibu Surfside News, and submitted to writing contests and magazines as I focused on developing my craft.  I wrote a paranormal mystery about a woman who suspects she has lived before, and titled it A Portal in Time. Vinspire Publishing published the book, so I decided to show them the manuscript of my Irish novel. Vinspire Publishing published it under the title Dancing to an Irish Reel the following year.

My third novel is titled Mourning Dove. It’s a sins-of-the-father, Southern Family Saga, set in 1970’s and 1980’s Memphis. It was published by  Firefly Southern Fiction in June of 2018, and to date, has won five book awards.

Little Tea will be released in May 2020. It’s set in the Deep South, in three locations: Memphis, Tennessee; Como, Mississippi; and Greers Ferry Lake in Heber Springs, Arkansas. It’s a story about female friendships and healing the past.

Author visits with Claire Fullerton are coming soon via NovelNetwork.com.