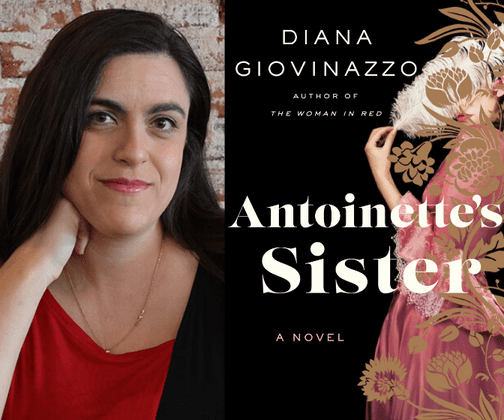 As Marie Antoinette took her last breath as Queen of France in Paris, another formidable monarch—Antoinette’s dearly beloved sister, Charlotte—was hundreds of miles away, in Naples, fighting desperately to secure her release from the revolutionaries who would take her life. Little did Charlotte know, however, that her sister’s execution would change the course of history—and bring about the end of her own empire.

Austria 1767: Maria Carolina Charlotte—tenth daughter and one of sixteen children of Empress Maria Theresa of Austria—knows her position as a Habsburg archduchess will inevitably force her to leave her home, her family, and her cherished sister, Antoinette, whose companionship she values over all else. But not yet. The Habsburg family is celebrating a great triumph: Charlotte’s older sister, Josepha, has been promised to King Ferdinand IV of Naples and will soon take her place as queen. Before she can journey to her new home, however, tragedy strikes. After visiting the family crypt, Josepha contracts smallpox and dies. Shocked, Charlotte is forced to face an unthinkable new reality: she must now marry Ferdinand in her sister’s stead.

Bereft and alone, Charlotte finds that her life in Naples is more complicated than she could ever have imagined. Ferdinand is weak and feckless, and a disastrous wedding night plunges her into despair. Her husband’s regent, Tanucci, a controlling and power-hungry man, has pushed the country to the brink of ruin. Overwhelmed, she asks her brother Leopold, now the Holy Roman Emperor, to send help—which he does in the form of John Acton, a handsome military man twenty years Charlotte’s senior who is tasked with overseeing the Navy. Now, Charlotte must gather the strength to do what her mother did before her: take control of a country.

In a time of political uprisings and royal executions and with the increasingly desperate crisis her favorite sister, Queen Marie Antoinette, is facing in France, how is a young monarch to keep hold of everything—and everyone—she loves? Find out in this sweeping, luxurious tale of family, court intrigue, and power.

“The political landscape of Southern Italy during the period of the so-called Kingdom of the Two Sicilies is one of the most complex and daunting in the history of the Italian peninsula. But Diana Giovinazzo weaves a clear path for us through the historical minefield in her latest historical novel, Antoinette’s Sister. Though the eyes of Maria Carolina Charlotte, queen and de facto ruler of Ferdinand I’s kingdom, we experience the personal struggles, tragedies, and triumphs of one of the most remarkable women of the eighteenth century. A fascinating biographical portrait as well as an engrossing, bittersweet tale.”―Laura Morelli, Art Historian & USA Today bestselling author of The Stolen Lady

“A sweeping tale of power, love, and the bonds of family, Antoinette’s Sister is a compelling coming-of-age story set to the backdrop of one of the most volatile periods in Europe. Giovinazzo has deftly weaved fascinating and rich details through the narrative, and in Maria Carolina Charlotte, created an endearing yet strong protagonist who must learn the demands of a monarch to save her country from ruin. I couldn’t put it down!”―Heather Webb, USA Today bestselling author of The Next Ship Home

“Diana Giovinazzo’s Antoinette’s Sister is a fast-paced, dramatic retelling of the life of Maria Carolina Charlotte, Queen of the Two Sicilies. Giovinazzo deftly brings to life this fierce and brilliant Queen, who uses her prowess to become a savvy leader of Naples while trying desperately to save her beloved sister, Marie Antoinette, from disaster in Revolutionary France. With uprisings, love affairs, and plenty of court intrigue, this juicy historical story is like a rousing Philippa Gregory novel, only set under a warm Italian sun.”―Stephanie Storey, bestselling author of Oil and Marble and Raphael, Painter in Rome

“Antoinette’s Sister is a feast of royal fiction, full of court politics, international intrigue, family loyalties, and power struggles. And at the center of it all is a determined and fascinating real-life historical woman. Diana Giovinazzo brings Queen Maria Carolina Charlotte to life, as well as the vibrant portion of Italy that she ruled. This book will absolutely sweep you away.”―Alyssa Palombo, Author of The Spellbook of Katrina Van Tassel

“Philippa Gregory fans will love this story’s mix of real history and drama, made personal with the strong and relatable voice of the queen of Naples and Sicily.”―Booklist

Author visits with Diana Giovinazzo are available via NovelNetwork.com.