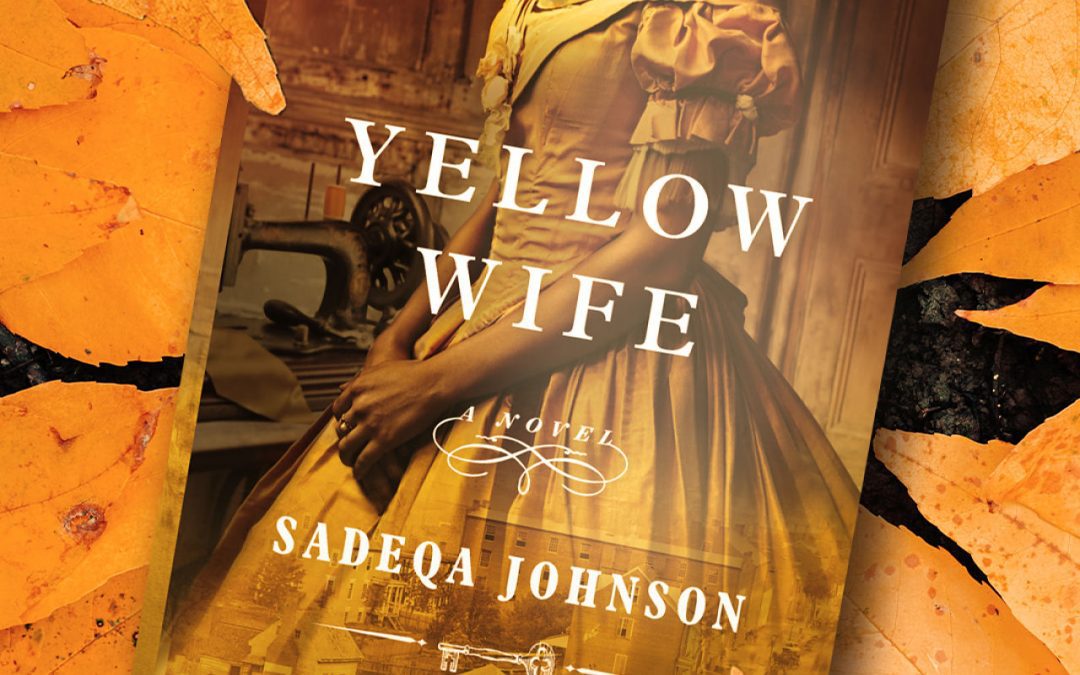 Q: Oprah Magazine featured Yellow Wife as one of the 27 most anticipated novels of 2021!  Congratulations, that must be a real thrill! How were you notified and do you know if Oprah read it yet?

A: It was a major thrill! Oh, my goodness! Oprah has been on my vision board for as long as I can remember, and having Yellow Wife selected for the magazine was a dream come true. I’m a member of the Tall Poppy Writers, and two of the Poppies texted me with the link. It was like as soon as I picked up my cell phone, it was right there. I had barely wiped the sleep out of my eyes. It was truly amazing. I wasn’t notified that Oprah herself has read it, but I do believe I’m one step closer to her in more ways than one. Fingers crossed!

Q: Pheby is an incredibly strong character in your story.  She is subservient in order to protect those she loves, yet at times she is bold and breaks the rules. I felt her emotions so strongly through your writing.  Why did you choose to give her the backbone to show glimpses of her spitfire side?

A: I personally love to read about female characters who are placed in difficult situations but will stop at nothing to get what they want. Pheby was that for me, and I enjoyed learning about her as she moved through the story. She had moments of feeling like such a badass and I loved going through those scenes in the story when she just wouldn’t back down. She left it all on the cobblestone floor, and that was intriguing for me as a reader and a writer.

Q: Who was the real woman who inspired Yellow Wife?

A: In my research, Mary was described as an enslaved mixed-race woman who arrived at the Lumpkin jail as a girl. She would birth five of Robert Lumpkin’s children. It was said that he treated her and her children as family. Mary eventually acted as his wife, helped him run his businesses, and took his last name. He formally emancipated Mary after the Civil War, married her, and sent two of their daughters to a finishing school in Ipswich, Massachusetts, where they passed for white. It is said that Mary had some contact with the enslaved at the jail compound. On one occasion, she smuggled a hymnal to Anthony Burns, the most publicized prisoner at the jail. When Robert died, he left all his money and real estate to Mary. She, in turn, leased the land to Dr. Nathaniel Colver, a Baptist minister who used it as a seminary school for the newly freed. This school would later become Virginia Union University. Mary went on to open a restaurant in Louisiana with one of her daughters. She died in New Richmond, Ohio in 1905.

Q: What is one thing you hope for readers to take away from reading your novel?

A: My hope is that you gain a new perspective on the kind of impossible choices women in bondage were forced to make. I tell my children often that everything that is happening in America today goes back to our country’s roots in slavery. May this book open your heart and your mind, may it give you a glimpse of a life you have never considered, and may it enlighten you to pass the gift on to another reader.

Sadeqa Johnson is available to visit with book clubs/groups via  NovelNetwork.com.